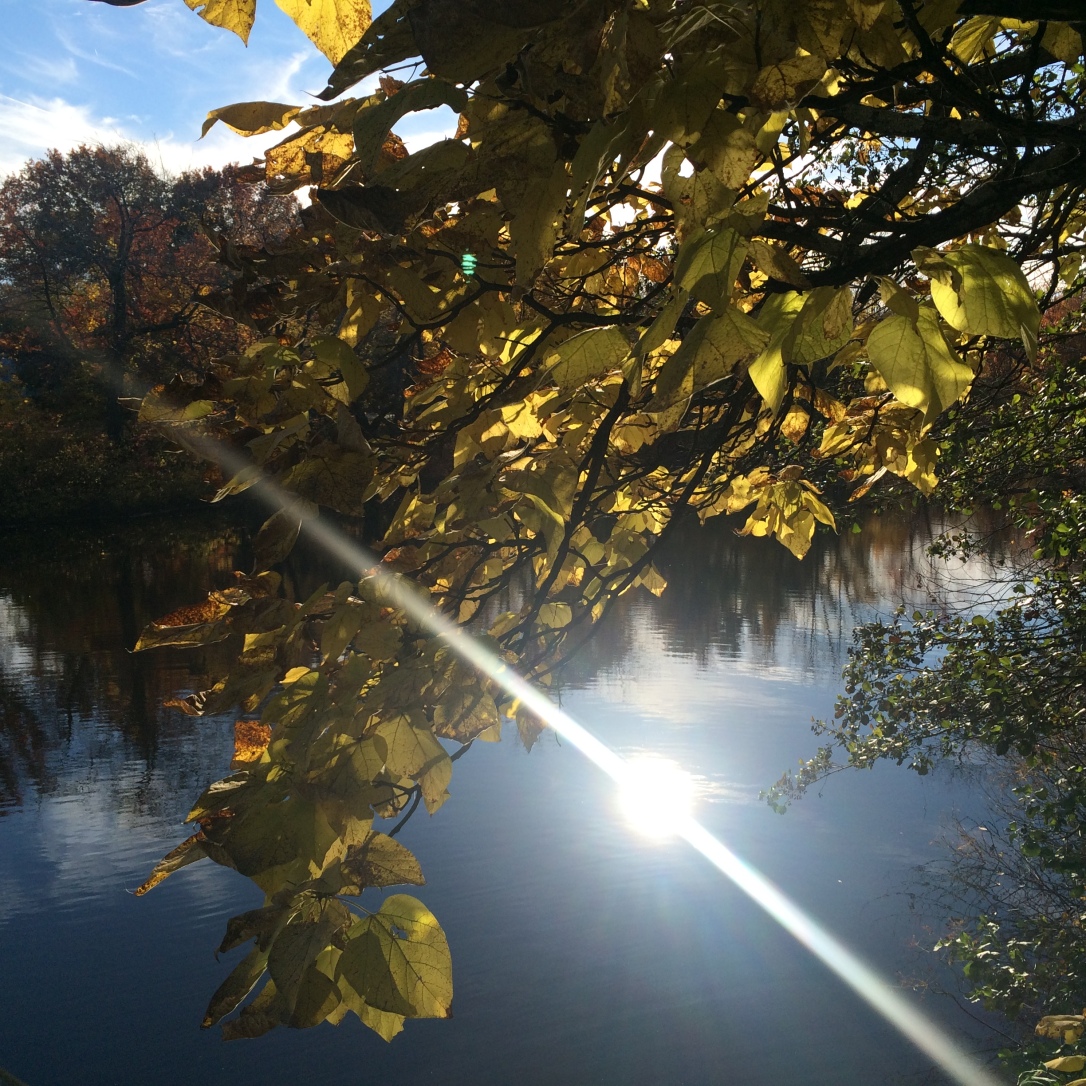 Ironically, I have a feeling this is going to be somewhat of a meandering post… because I have a lot of thoughts I want to share on the topic of staying in place.

I moved somewhat recently (last spring) after living with family for several years. I didn’t move far (still in the suburbs of Boston, only closer to the city now).

However, it’s been a time of big change for me, because I’ve been trying to figure out how to do a lot more things for myself rather than relying on my family. This is true of things that everyone has to learn to deal with at some point (for example, putting my own furniture together; installing my own curtain rod). Just those boring, annoying adult things.

For me, there is an added layer of difficulty, because of my sacroiliac joint issues. As I’ve mentioned in previous posts, I am doing better than I was a few years ago, but I know from past experience that times of change are when I’m more likely to inadvertently push myself too far, and have a setback. It takes time to adapt to a new place, to a new routine; to figure out what works for me, and what I should avoid.

It’s been my grand experiment. It hasn’t always been pretty.

One of the questions I’ve asked myself is, what is family? For so long, I relied on my family members for help, assuming they were the only ones who would be willing to help me with the kinds of favors most people don’t have to ask for.

My friends knew about my struggles, but I mostly tried to avoid asking for help, except for the times when it couldn’t be avoided.

However, I am not a scared and confused 20-year-old anymore. I am 30. (And no, 30 is not old. I feel amazing, and so excited about the future!). But it’s time to start branching out– to find new ways to do things, and new ways to relate to the people in my life.

Can friends be family? Or, in other words, can I redefine my relationships with my friends, and come to count on them the way I have counted on my family?

I definitely have not done it perfectly. It’s been a learning experience.

Something I’ve learned is how far people will go out of their way to avoid hurting your feelings. They’ll do things that ultimately hurt you more– they’ll talk behind your back, they’ll plan a trip that involves a lot of walking, and won’t invite you– anything other than tell you to your face.

Things get awkward sometimes, because I can’t always repay a favor the way people would normally expect. For example, if one of my friends comes over and helps me carry my new mattress inside, I can’t go over the next week and help her move her couch. I have to find another way to contribute to the relationship.

Obviously, people do things out of the goodness of their hearts. It’s not as though, the very first time someone does me a favor, they expect something in return.

But over time, it’s important to show that you are also willing to help, and how much you care. There have been times where I thought I was doing a good job of this, only to realize that in some cases, my efforts weren’t really noticed.

It’s been frustrating for me, because the truth is that I put a lot of time and dedication into my friendships– to be there for people, to listen to them. I’ve come to find out the hard way that this effort isn’t always recognized.

I think it’s partly because listening comes so naturally to me. I actually love sitting down with people and sorting out their problems (it’s why, when I was in college, I wanted to be a psychotherapist). Because I enjoy it so much, and (let’s face it) I’m good at it, people don’t always realize that it can be excruciatingly hard work at the same time.

So, I’ve had to learn how to communicate better. To let people know how and when I am putting in effort, because they don’t always see it on their own. It’s all about being open, honest, and direct, while maintaining a non-confrontational stance.

What I’ve learned is that you can redefine your relationships with people. You can become closer to people, and ask more of them. But you have to be willing to put in more effort yourself– and to be prepared for people not to notice it, especially if it’s not in a form they’d expect. When that happens, you’ll need to find a graceful way to point it out. 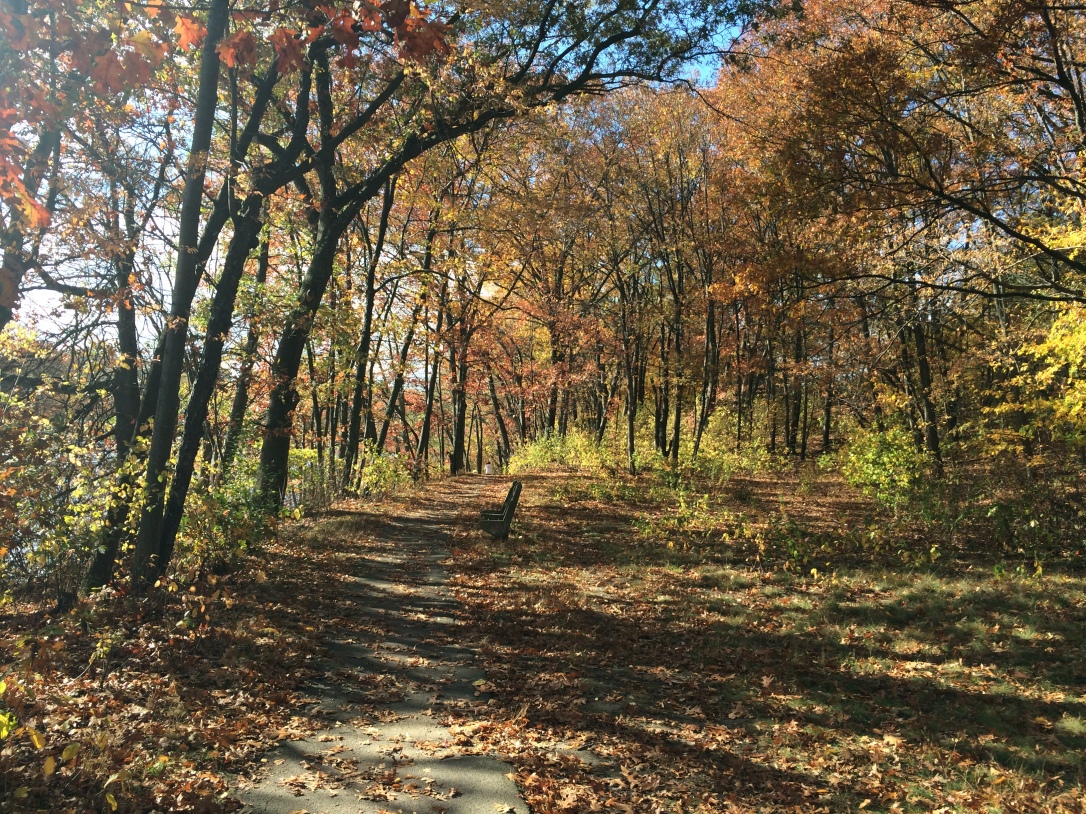 Although this post is about people more than it is than geographic location, “Sense of Place” is the only title that makes sense to me. After all, it’s other people that form so much of our sense of place– the feeling that we belong, the knowledge that we will be okay.

But I do love the area I moved to– I am somehow still surrounded by conservation land, trails, and parks, am yet much closer to the city than I used to be. I love it– the hustle and bustle of life around me, yet against a backdrop of so much natural beauty.

As I’ve mentioned previously, over the course of the past few years that I haven’t been able to run, I’ve learned to find peace in standing still. So, over the past few months, when I’ve felt overwhelmed, I’ve turned to the natural beauty around me, and drunk it in.

When things haven’t gone my way, when I’ve felt that my “sense of place” in the personal sense was still under construction, I’ve always had my internal connection to the natural world, and that has been my anchor.

It took a while– to learn the area, to feel at home, to re-evaluate my connections with the other people in my life. It’s a work in progress, but it’s working out.

The information on this site is for educational purposes only. Please consult your doctor before making any changes to your healthcare routine.

Last fall, I was diagnosed with a rare condition called mast cell activation syndrome.
*The heat* I’ll be honest with you, I haven’t been dealing very well with the heat this summer. 🌞 That’s one symptom of fibromyalgia, or central sensitization (both terms refer to how the body can easily be overwhelmed by various stimuli). It’s almost embarrassing, how sensitive I am. I was trying to get away with just one air conditioner for my apartment— you know, as people do. To save 💰. But things are never so simple with central sensitization. Where someone else might just feel like their apartment is too hot, I’ve felt like I’ve been hit with a ton of bricks.
Really liked this quote ✨🙏 One of the things I’m trying to do with my blog: put a story to the science. ✨ #chronicillness #chronicpain #spoonie #fibromyalgia #fibro #centralsensitization #css #invisibleillness #butyoudontlooksick #pain #story #storyteller #creativewriting #physicaltherapy #pt #physio #physiotherapy

© Christy Collins and Sunlight in Winter, 2012- 2021.  Unauthorized use and/or duplication of this material without express and written permission from this site’s author and/or owner is strictly prohibited.